(Chicago) A multi-media exhibit of paintings, ceramics, photographs, posters and videos will be presented at the Ukrainian National Museum in Chicago from February 20 to March 6. The opening reception will be held Saturday February 20, 4:00-6:00 pm. The exhibit, “Ukraine Exists” is presented by the Ukrainian National Museum, the Consulate General of Ukraine, the Ministry of Foreign Affairs of Ukraine, Charity Fund “Wilni UA”, and Alina Haieva Creative Agency, and sponsored in Chicago by Selfreliance Ukrainian American Federal Credit Union.

The exhibit comes to Chicago from its presentation at the General Assembly of the United Nations in New York. It focuses on Ukraine’s two current realities: peace and war through art and truth. Taras Topolya, musician and exhibition coordinator explained, “Our team wants to demonstrate the actual situation in Donbas that has been unfolding for over a year and a half.” Donbas is the easternmost region of Ukraine, where the war with Russia is taking place.

The exhibit includes a fascinating array of art work depicting the military conflict and also the human consequences and daily survival of people who yearn to live in peace. The exhibit is not financed by any government. It is the result of financial support of crowdfunding that enabled thousands of people in Ukraine to contribute the necessary sum to mount the exhibit and bring it to the United States.

The dichotomy of the Ukrainian situation is demonstrated in two different art forms. The video format presents the ”war” concept, as it is the strongest medium for the message. But the numerous paintings focus on the visual representation of peace, and the attempt of ordinary people to live normal peaceful lives within a bellicose environment. The artistic works have a powerful hidden message about the events that the country is experiencing.

Fifteen young artists from across Ukraine are represented at the exhibition including Yuriy Shapoval, Les Ponchyshyn, Svitlana Dzyuba, Oksna Svizhak, and many others. The collection portrays the reality of the struggle to defend one’s country from invasion, but it also reflects the people’s hope for the future, a hope for a better life for their children.

The Maidan Revolution in 2014 and the ongoing war in the east of Ukraine in Donbas sparked the issue of self-identification for the art community. Artists reacted by creating works that reflected their own sense of culture and creative meaning within the international mainstream.
Political and military events sparked an immediate artistic response to the emotional and social transformations taking place within society and within each individual.

The exhibit illustrates the internal and external challenges of overcoming war and the economic and political crisis, and it is a testament to the creative spirit of the art community that reflects the spirit of the people at this challenging time. 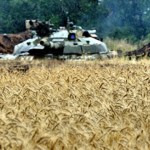 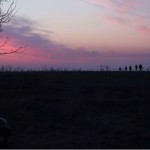 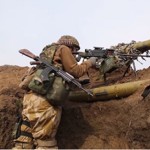 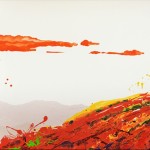 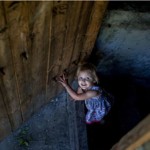 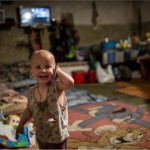 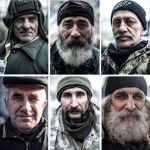 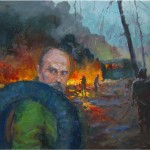 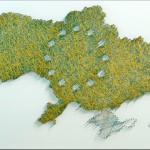 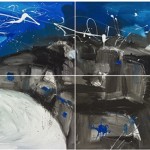