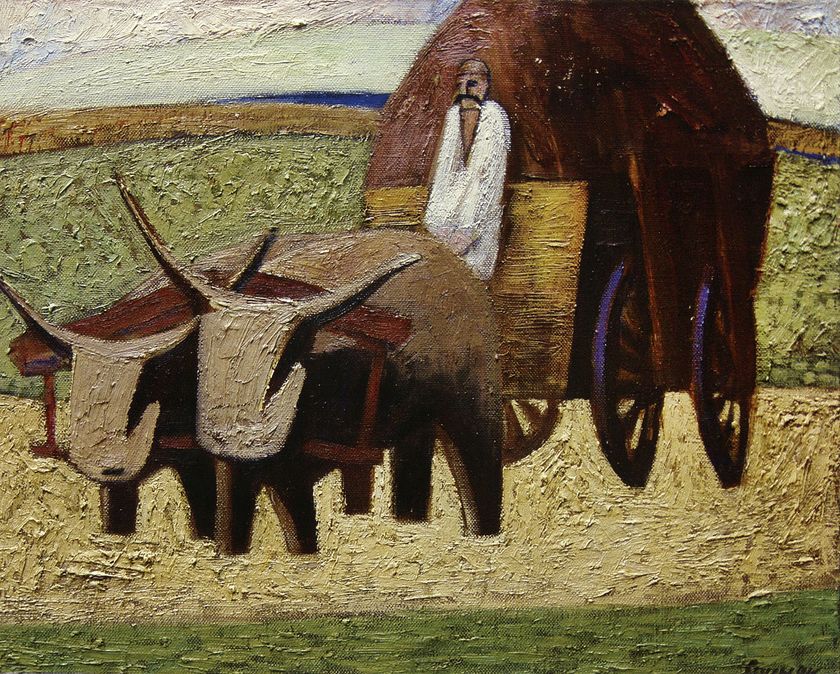 Opening: on Friday, May 11, at 7:00 pm, at the Ukrainian National Museum in Chicago.
The museum welcomes well accomplished Ukrainian contemporary artist Petro Sypniak for his debut exhibit in the United States.

Petro Sypniak was born in 1959, in the western Ukrainian region of Ivano-Frankivsk. From there, he moved to the city to study in the Lviv State Institute for Applied and Decorative Art.

Sypniak has exhibited across Ukraine and his works were featured in exhibitions from the Czech Republic to Italy.  In 2002 he was awarded “Merited Artist of Ukraine” and in 2009 he was awarded “National Artist of Ukraine”. Sypniak is mostly known for his colorful paintings of bucolic life, depicted in an impressionist style through dreamlike scenarios of rural Ukraine, which be on display at the exhibit, along with nativity scenes, landscapes in over 40 paintings.

The exhibit not to be missed continues through June 3, 2018.