Children of War: Moments of War Horrors through the lens of Photographers 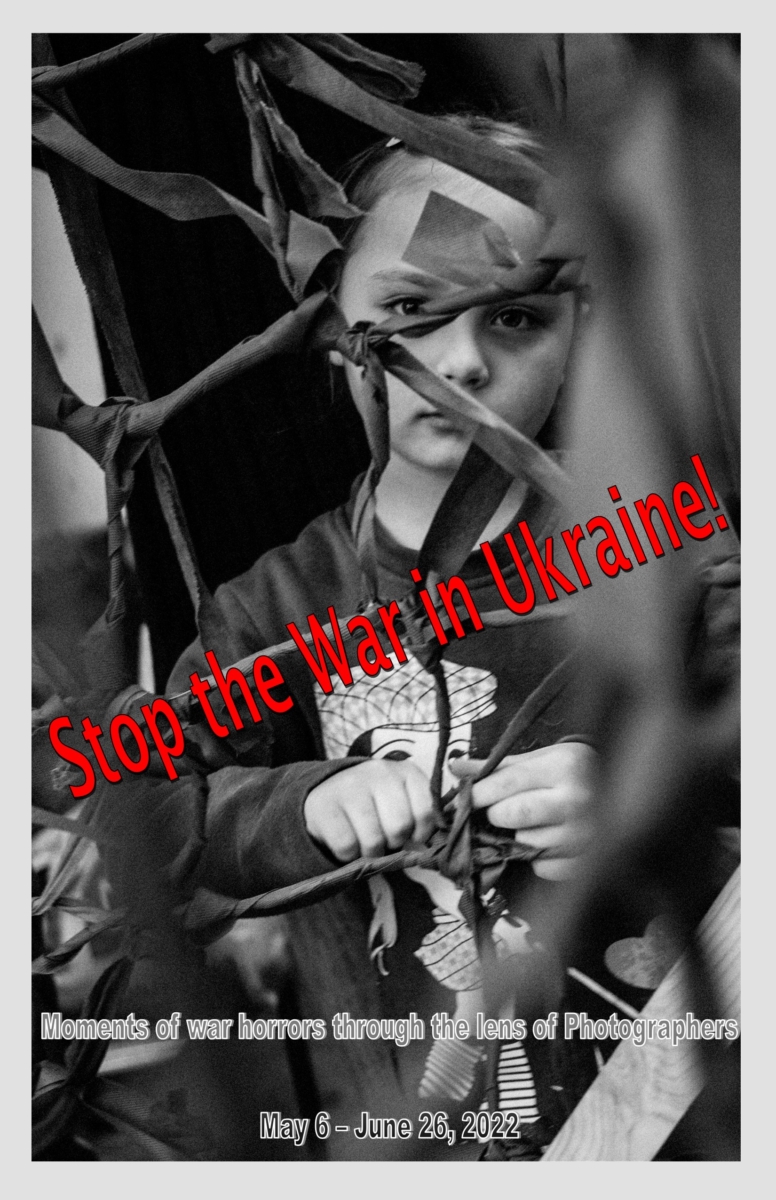 A moving exhibit of Ukrainian and Polish photography opens at the Ukrainian National Museum.
The unimaginable terror Ukrainian children have faced since Russia’s February 24 th invasion will be on display in The Ukrainian National Museum’s exhibit Children of War: Moments of War Horrors through the lens of Photographers.  This collection of works by Ukrainian and Polish photographers will be presented at an opening on
“Every Ukrainian is striving to take a photo powerful enough to stop the war” Reuters correspondent Max Levin who was killed while photographing the Russian invasion used to say. He and his fellow photographers have produced works worthy of that aim. Whether in an urban apocalypse, on a landmine-laden road, or under a black smoke-filled sky, each image reflects a deeply personal story of loss, destruction, desperation, and the rawest of rage.
Along with the late Max Levin, Vera Blansh, Yuliya Bulgakova, Andriy Dubchak, Ruslan Gorovyi, Anatolii Stepanov, Ruslan Lytvyn, Kostiantyn Sova, Grzegorz Litynski have contributed photos to this one-of-a-kind exhibit which is sponsored by American veteran and “ S partan Sword” charity founder Steve Danyliuk .
Children of War: is co-curated by American veteran and Vietnam War photographer Jerry Kykisz and UNM curator Maria Klimchak, with cooperation of 140th branch of the Ukrainian National Women’s League of America (UNWLA).
“We believe victory is in store for Ukraine’s Armed Forces! They fight with weapons and we fight with words and images to stop this horrific war,” says Klimchak.
Exhibit proceeds will go to support Ukrainian children who’ve been orphaned by the invasion and now reside in the “City of Kindness” orphanage, Chernivtsi, Ukraine.