“A Struggle for Home: The Crimean Tatars” Screening 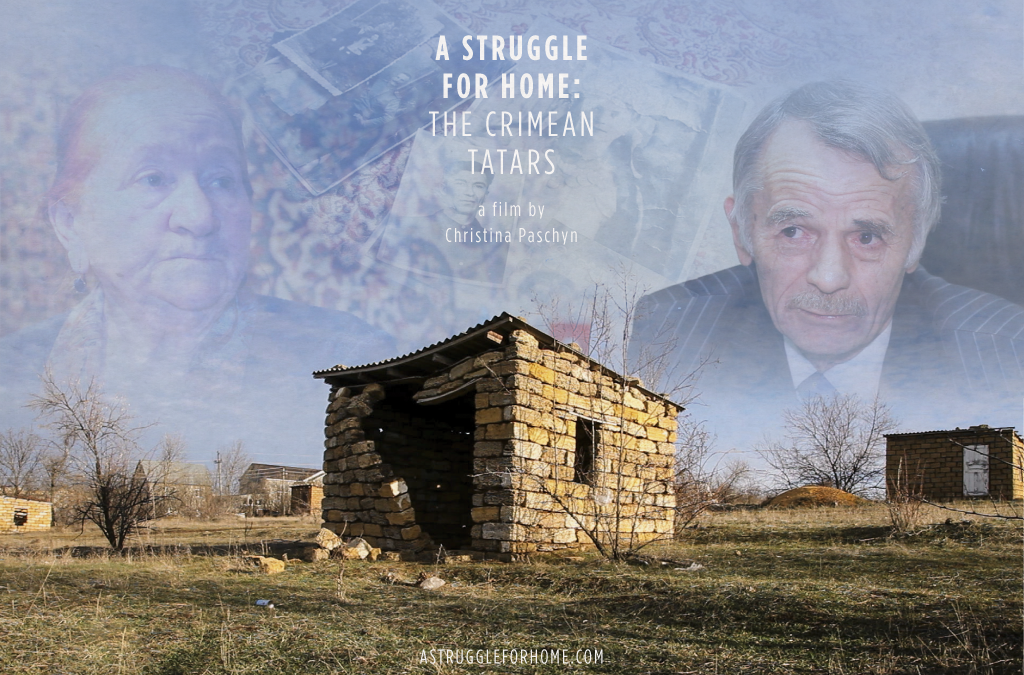 When journalist Christina Paschyn traveled to Crimea in 2012 to make a documentary film about the Crimean Tatars, she never imagined that her story would change so drastically just two years later.  In 2014 Russian President Vladimir Putin invaded and annexed the peninsula from Ukraine.

“Then .. the unthinkable did occur” Paschyn writes, “I knew my project would be incomplete if I didn’t change my focus. I needed to chronicle the many twists and turns that the Crimean Tatars’ long struggle for freedom and national autonomy has taken throughout the centuries.”

“A Struggle for Home” recounts the rich and often tragic history of the Crimean Tatars. From the emergence of their own state in the 15th century, their lives under Tsarist and Communist rule and the Soviet deportation, to the Tatars’ return to the peninsula after the collapse of the Soviet Union, and the antagonism they continued to face from Russian nationalists even after Crimea was declared part of an independent Ukraine.

The Crimean Tatars, a Muslim-Turkic people, are considered by many academics to be the indigenous population of the peninsula. They were the masters of the land up until 1783, when the Russian Empire conquered it.Since then, the Tatars have struggled to reclaim the peninsula from Russian control and domination.

It also chronicles the events surrounding the 2014 Russian invasion and re-annexation of the peninsula, and the human rights violations the Tatars have experienced since.