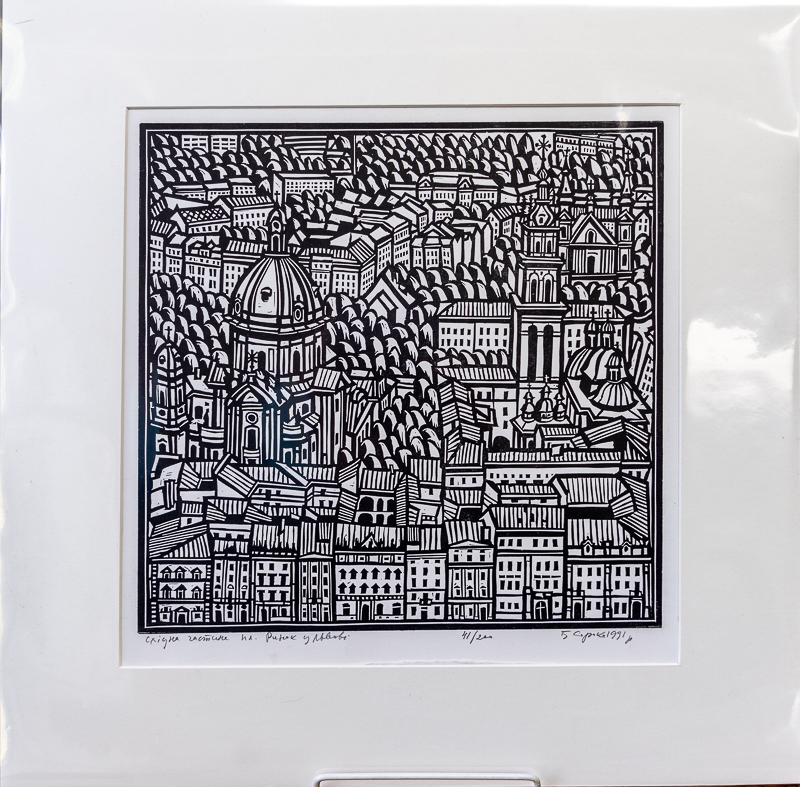 Bohdan Soroka (1940 – †2015). А Ukrainian graphic artist. He worked in black and white, and later in his life added color to his linocut technique. Bohdan belonged to the generation of Ukrainian artists of the 1960s who used their art as protest against the oppressive Soviet regime. His work in graphic arts is characterized by its expressionistic style and imaginative pictorial representations. Soroka often drew inspiration for his works from Ukrainian folklore, evident in his print series such as “Folkloric Motives”, “Slavic Mythology”, “Kupalo Festival Games”, and “Proverbs”. Bohdan Soroka has exhibited in Ukraine, England, Germany, France, Poland, Canada, and the United States. He received first prize at the International Ex Libris Competition in Vilnius in 1989, and was a founder and the first chair of the graphic department at the Lviv National Academy of Art.